To create a unique and memorable identity, stationery set, and website for a startup land surveying company that would achieve the following goals of the company:

Based on the agreed on goals of the company and several meetings with the client, we developed a list describing the company personality as some key visual elements that was to become the company brand:

We also discussed naming strategy for the company. A large decision whether to use the full name, a partial name, or an acronym for the company was a major part of the beginning stages of the identity design.  Some of the initial concepts show naming and potential naming structures as well as accompanying icons, illustration or focal elements.

To focus the logo on the company’s speciality of building 3D models, we considered using type composed of 3D elements similar visually to the finished models, additionally we tried a more playful approach of building a pile of dirt that appeared as if were built using 3D software.

The final logo design was chosen because of its strict geometric, bold structure, and small yet clever addition of a dashed line, hinting at the end result of the land surveying services; a highway. Additionally, the client ultimately decided that using the acronym would strengthen the recognizability of the company when used in logo form.

I’m happy to share the style prototypes designed to help the client choose type faces, color schemes, and other visual elements for the website.

Note: These prototypes are not intended to show actual layout of the finished website, but rather help determine some of the visual elements that will be used throughout. 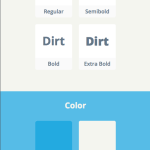 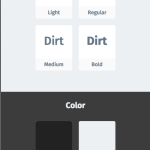 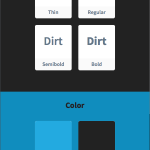 Here is a snapshot of the finished website, launched in February 2014.

Elbongurk was a huge help with my city council campaign this spring. From brand identity to campaign literature to get-out-the-vote door hangers, Jillian provided us with great-looking designs that really helped get my messages across.

Working as a sales representative for OMNI Brewing, I immediately noticed an uptick in sales once the new can designs hit shelves. Buyers and other sales reps went out of their way to complement the new branding, often mentioning how the can "pops now''. Our cans and brand now stand out and catch the buyer's eye more frequently throughout the competitive local craft beer market of Minneapolis.

Elbongurk went above and beyond our expectations. The combined expertise that Jillian and Ryan brought to Waypoint Spine, from branding and marketing to website creation, was consistently impressive. They quickly gained our trust with their professional approach and demonstrated excellence.

Jillian’s presentation of her designs for a logo was quite memorable because it was clear that each design option was created with thoughtful consideration of the particular spine surgery practice. We appreciated Jillian teaching us the importance of brand recognition and helping us understand the rationale behind her marketing advice. When it was time to settle on one design for the logo, we did not hesitate to choose the design that was Jillian’s most unique creation and the one she also liked the best. Ryan was equally skilled in his area of expertise, ensuring that our website properly presented Waypoint Spine. At every turn, we were met with the most professional and expert response to our needs.

Ryan and Jillian have handled numerous projects for my law firm. They designed my logo and business cards, updated several of my websites, and cleaned up a brochure I drafted for my practice. As a busy lawyer, I appreciate Elbongurk's efficiency, skill and responsiveness. They deliver great value for the money and I have always been completely satisfied with their work.

Jillian recently designed a website for my new business. She turned my vision into something tangible and user-friendly by taking my input seriously and offering her own ideas to build on mine. The process was quick and collaborative, and I am thrilled with the final results. I now have a website that is both professional and functional, and that I can maintain with little outside help even though I'm not very tech-savvy.

Interested in working with us? The best way to get in touch is to fill out our contact form.

You could also shoot us an email at hello@elbongurk.com

Want to keep up with what we are up to? Follow us across your favorite social media.